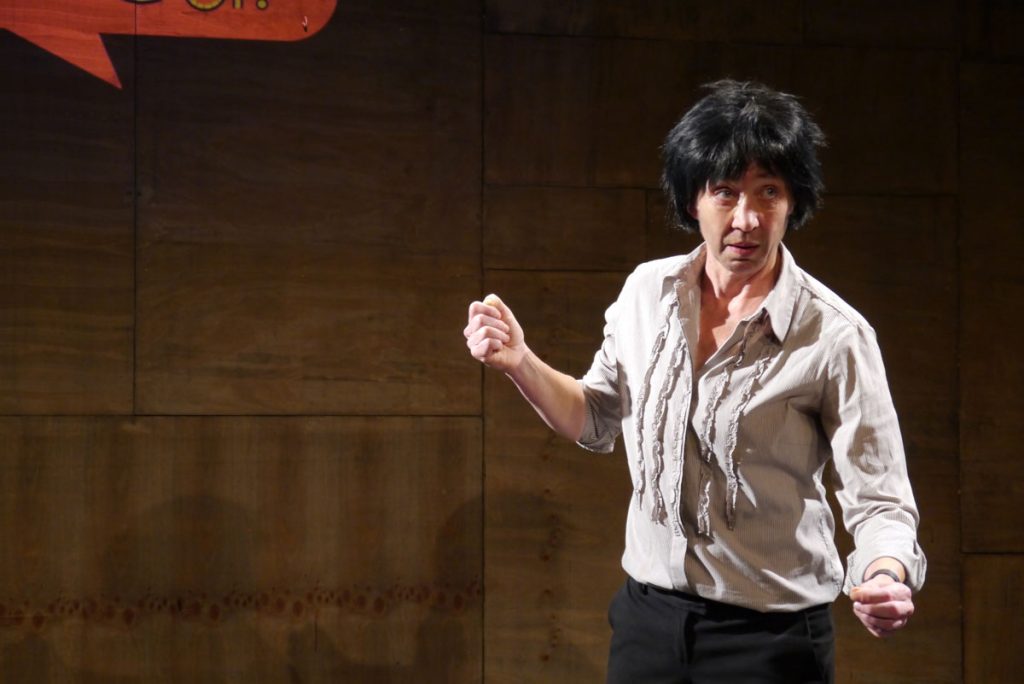 Ralph La Wong is a male drag character, performing a plate spinning routine – with invisible plates! He’s a parody of traditional Music Hall entertainment. Using his charm and wit, Ralph gets the audience to suspend their disbelief as he draws them into the magic of theatre.

Ralph attempts to break the world record for Plate spinning. It goes dramatically ‘wong’ and the plates crash and smash in a fabulous cacophony of sound effects as 1000 paper plates are launched into the audience. Plate-spinning is surprising easy to do, but the numbers of plates and pressure to keep them all spinning at once creates the build-up of tension and suspense for a truly engaging street show.

Ralph LA Wong performed at Nicompoop at The Wardrobe Theatre Bristol in 2017. The cross dressing dynamic allows for a more identifiable larger than life character, poking fun at established archetypes such as the patriarch and the entertainer. The physical presentation of spinning plates and the movement involved lends itself to comedy performance.

Modern audiences are accustomed to to slick computer graphics and seamless editing. Ralph Wong puts the chaos back into entertainment, taking a well-known story line and putting an original and humorous “spin” on it.

The video is a research and development into the character of Ralph LaWong. Thanks to Naomi Smyth for providing the hotseat questions.