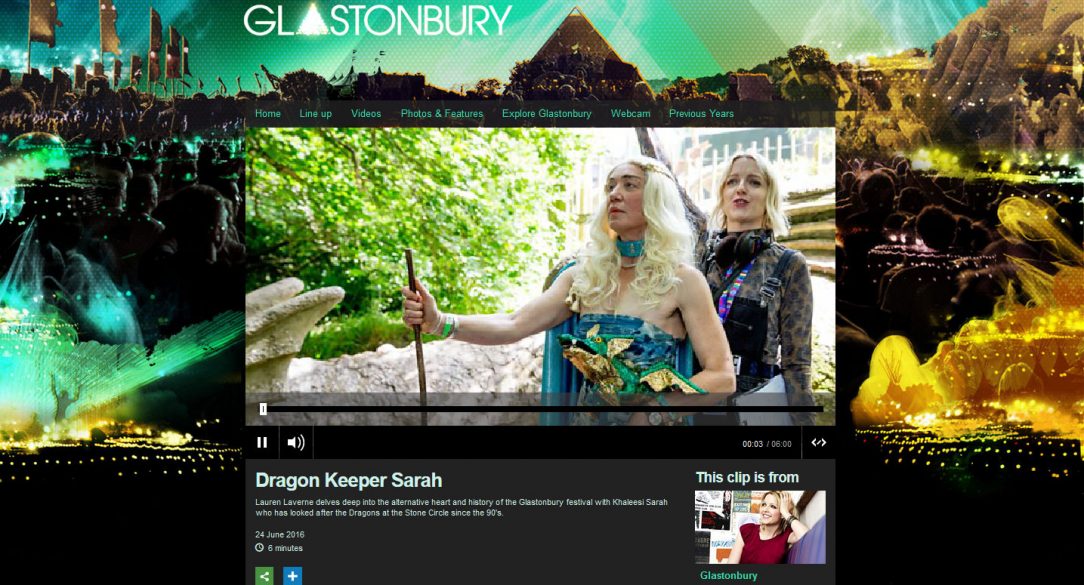 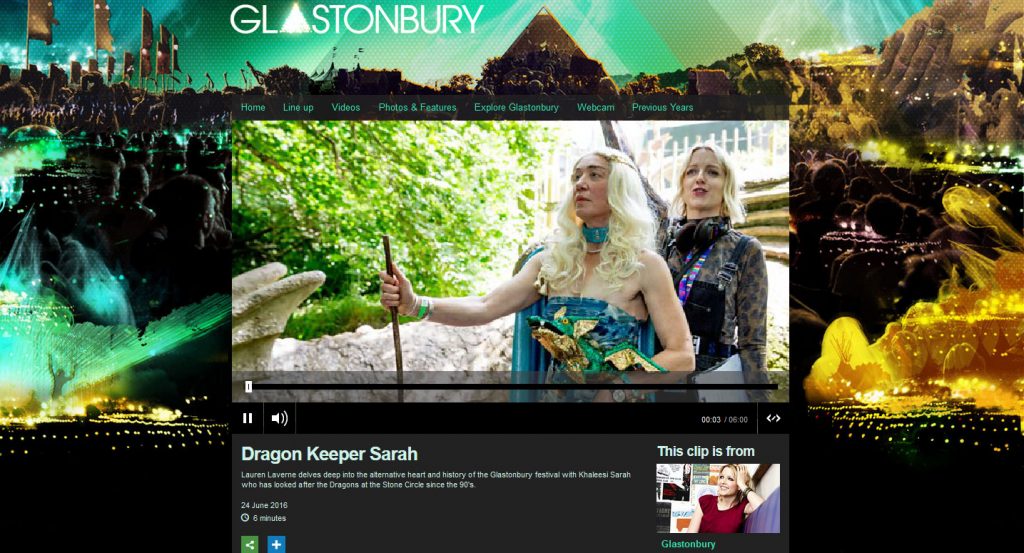 Delores Targaryen, auntie to Daenerys, is a dragon keeper at Glastonbury.

This dragon was built by Ray Brooks in 1994 as part of a circle of dragons. This particular dragon represents water, there was also an air dragon, earth dragon and a fire dragon. The other dragons were temporary although the fire dragon was made from clay from the festival site and inside was an egg so when it was fired as an earth kiln it left a baby dragon!

Sarah has worked at Glastonbury festival for nearly 30 years and in the green fields for over 20. She has held the position of Dragon Keeper since 2012. The dragon keeper role is to maintain the site off season and to encourage people to respect and enjoy the sanctuary which this oasis of calm provides during the festival.

The idea that the Dragon Keeper is Khalesi or the Dragon Mother from Game of Thrones was completely suggested by Lauren Laverne when she first interviewed Sarah in 2014. When the BBC asked to do a follow up interview in 2015 it made sense to build on the Khalesi identity and Delores, a brummy speaking close relative, possibly an ‘Aunt’ and that Hollywood took her lifestory and translated it for HBO into the fictional character Daeneris that is know and loved by millions.

The water dragon is on land with a public right of way so anyone can visit as long as the festival isn’t on.

You can hear Delores talk to Lauren Laverne in 2015 on the BBC Website and read more about the dragon on the Glastonbury Dragon Keepers Facebook Page. 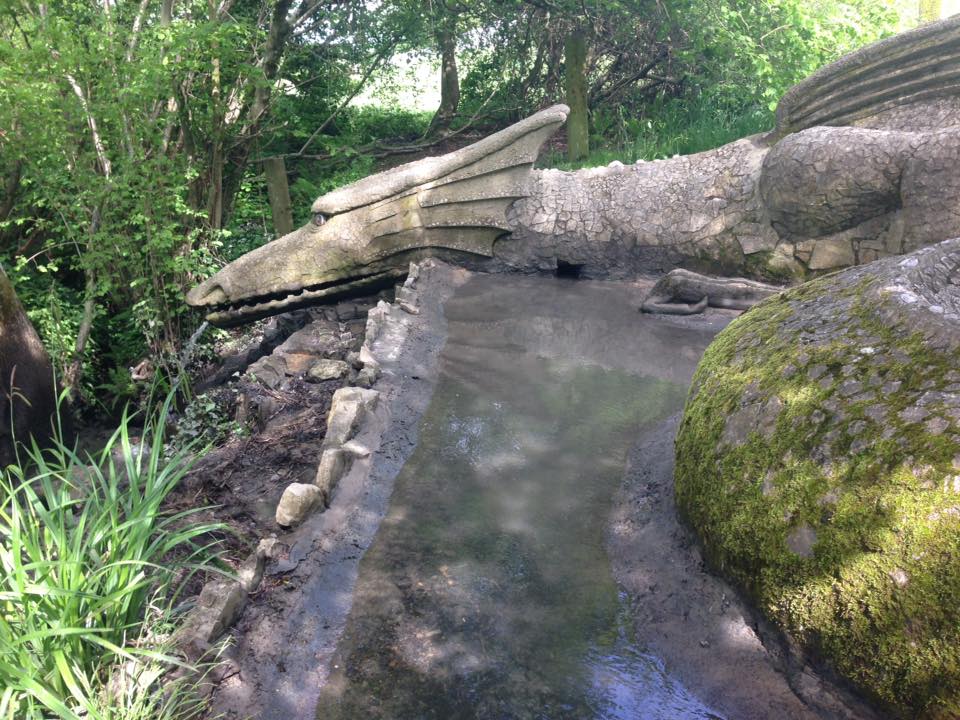 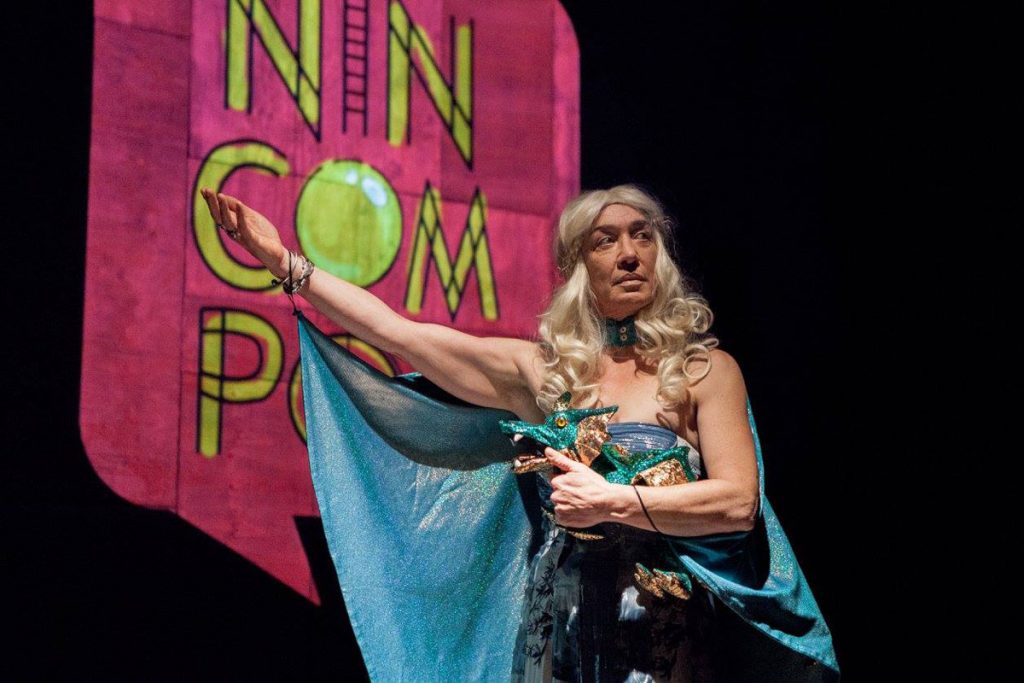