As a classic dyslexic, Sarah Slater became a class clown early on. The natural lack of obedience to authority was not intentional, merely misunderstood. In her early 20’s she discovered Clowning and was one of the first to enrol on the first circus school in Bristol. (Then Fool Time, now Circomedia). Sarah continued her Clowning studies at the Cirque de Soleil training school in Montreal, Canada. She took a 25 year sabattical from performing but since moving to Bristol (AKA London Lite) has discovered the joy of Holly Stoppit and The Wardrobe Theatre. Sarah is up to her eyeballs in the joys of comedy, clowning and general foolery. 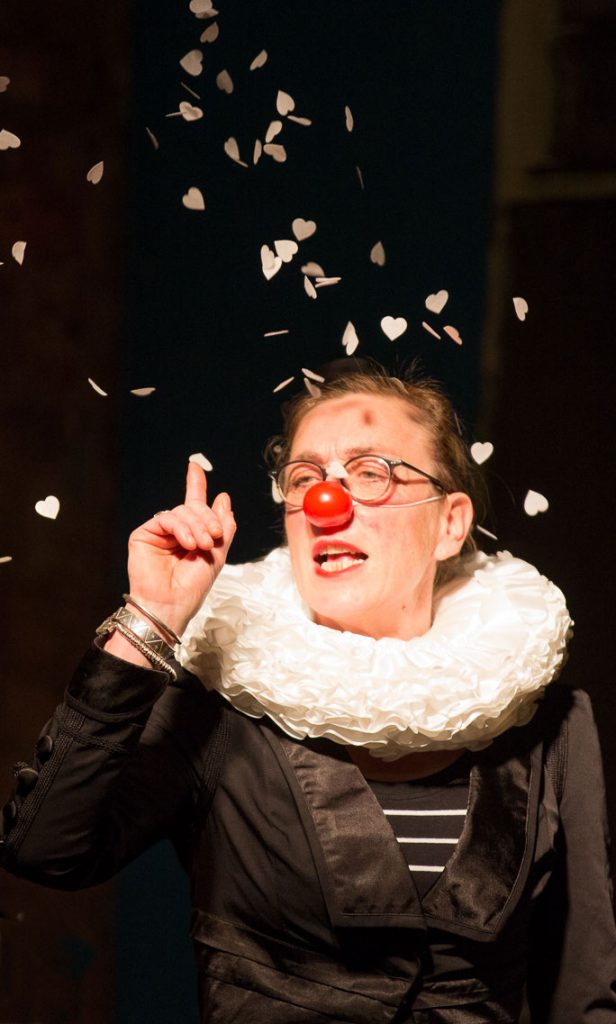 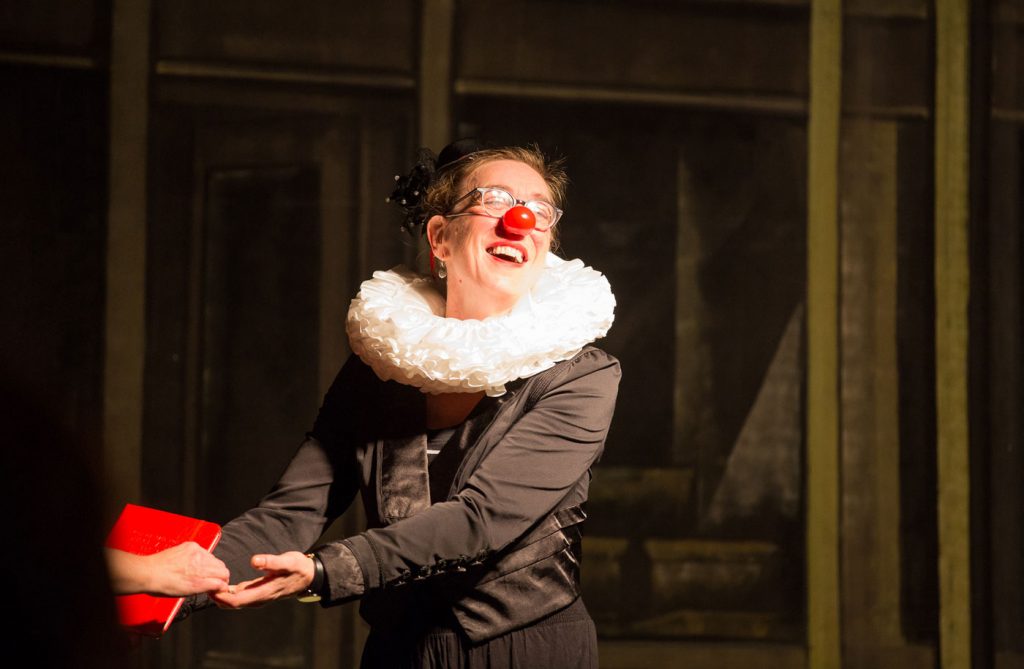 As a natural fool, clowning is second nature and Sarah has been delighted to find good company in Bristol with her mentor and friend Holly Stoppit. 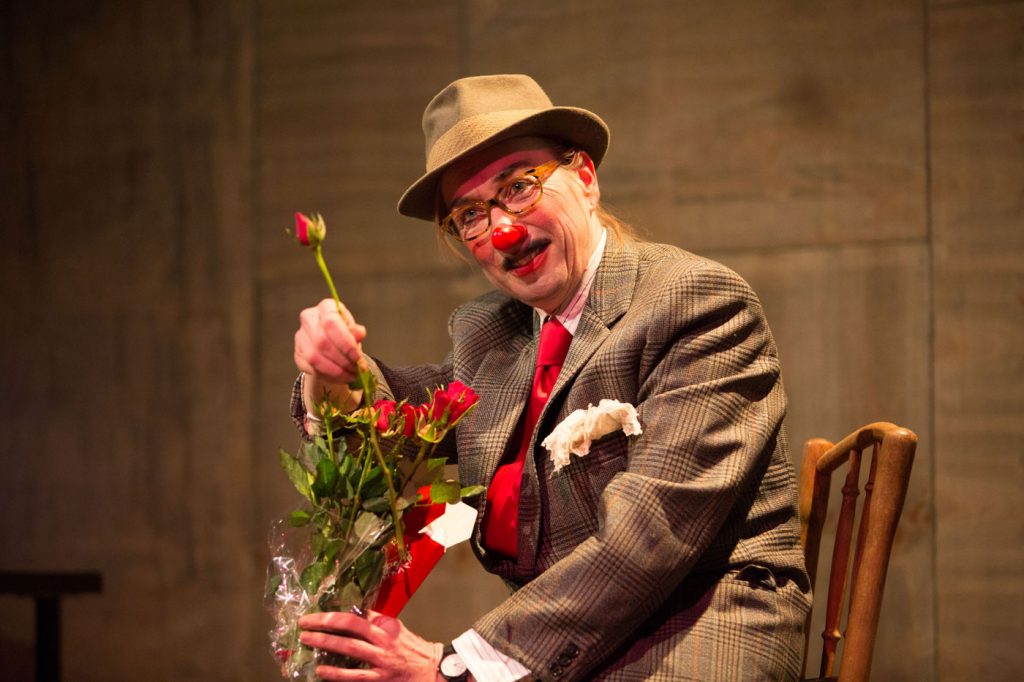 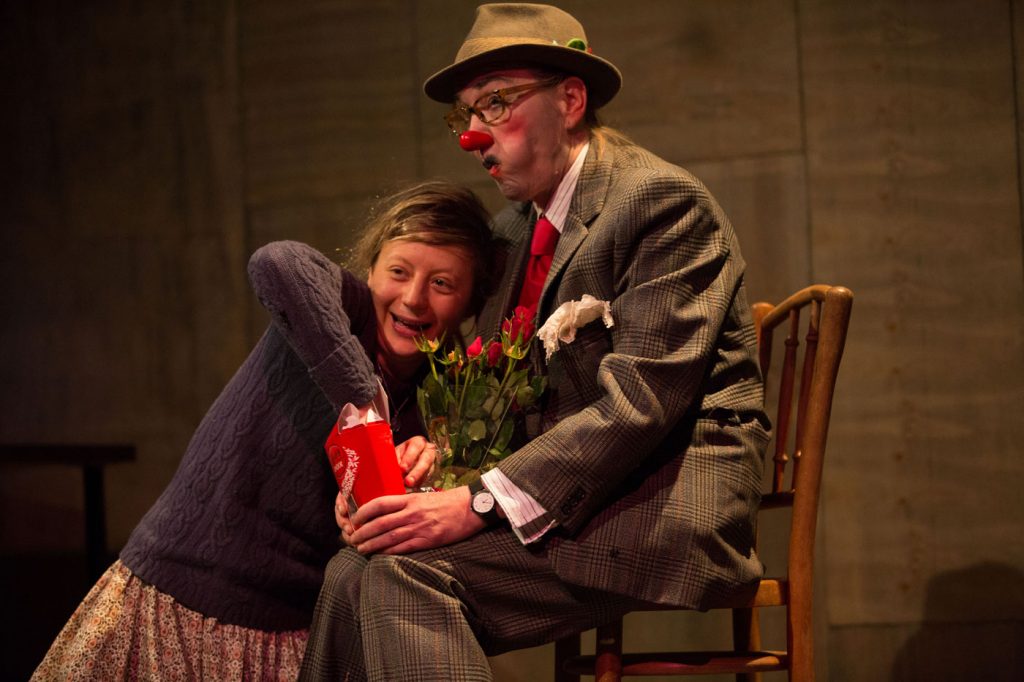 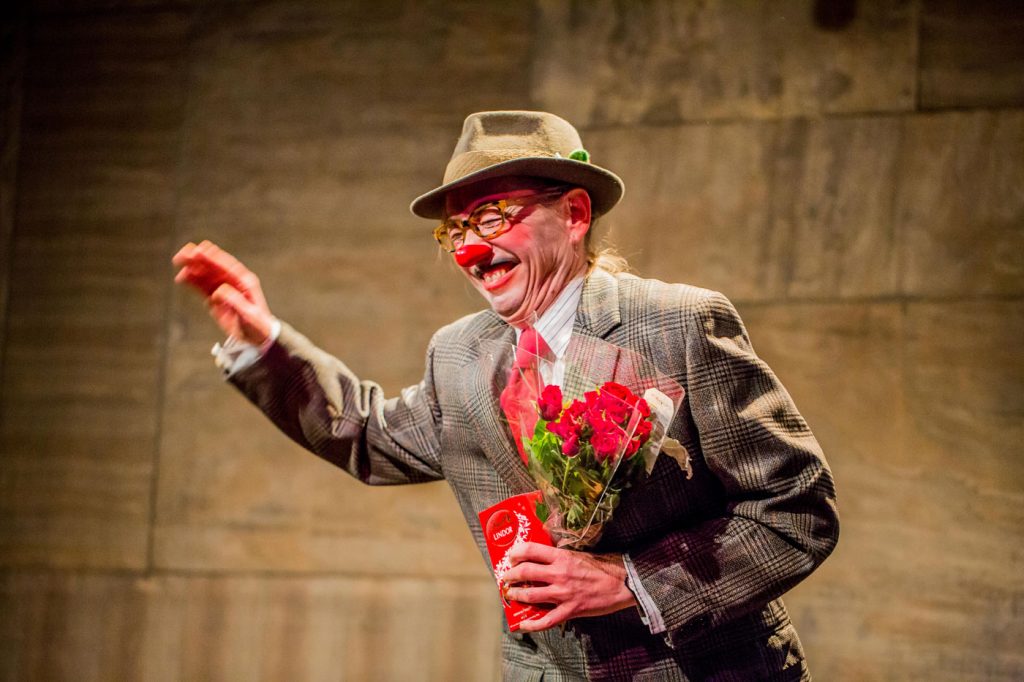